In your everyday life is kept the key to your future. We will also explore to pick the flows around the life and bring all our faith in life to look at the difficult places and to improve them. Or we should raise our eyes to gaze at the sky to advance in an evolutionary way. Here are some 38 inspirational future quotes to motivate you to use your everyday inspiration to create your own future.

1. “God is more interested in your future and your relationships than you are.” — Billy Graham

2. “People look to time in expectation that it will eventually make them happy, but you cannot find true happiness by looking toward the future.” — Eckhart Tolle

3. “People tend to dwell more on negative things than on good things. So the mind then becomes obsessed with negative things, with judgments, guilt and anxiety produced by thoughts about the future and so on.” — Eckhart Tolle

4. “People don’t realize that now is all there ever is; there is no past or future except as memory or anticipation in your mind.” — Eckhart Tolle

5. “I do write a lot of children’s songs, and I’m going to do a children’s television show, which also means I’ll be doing a lot of albums. So I do hope my future will hold a lot of things for children.” — Dolly Parton

6. “The power for creating a better future is contained in the present moment: You create a good future by creating a good present.” — Eckhart Tolle

7. “Discontent, blaming, complaining, self-pity cannot serve as a foundation for a good future, no matter how much effort you make.” — Eckhart Tolle

9. “Because of lack of moral principle, human life becomes worthless. Moral principle, truthfulness, is a key factor. If we lose that, then there is no future.” — Dalai Lama

10. “So many people have this idea: I want to achieve something great or be somebody great. And they neglect the step that leads to greatness. They don’t honor this step at this moment because they have this idea of some future moment where they are going to be great.” — Eckhart Tolle

11. “Don’t wait to be successful at some future point. Have a successful relationship with the present moment and be fully present in whatever you are doing. That is success.” — Eckhart Tolle

12. “It is possible to live happily in the here and the now. So many conditions of happiness are available – more than enough for you to be happy right now. You don’t have to run into the future in order to get more.” — Thich Nhat Hanh

13. “Studies have identified a significant ‘skills gap’ between what students are currently being taught and the skills employers are seeking in today’s global economy. Our children must be better prepared than they are now to meet the future challenges of our ever-changing world.” — Stephen Covey

14. “We are the only beings on the planet who lead such rich internal lives that it’s not the events that matter most to us, but rather, it’s how we interpret those events that will determine how we think about ourselves and how we will act in the future.” — Tony Robbins

15. “I have no desire at all to become the winningest coach at Notre Dame. The record belongs to Knute Rockne or some other coach in the future.” — Lou Holtz

16. “Fear keeps us focused on the past or worried about the future. If we can acknowledge our fear, we can realize that right now we are okay. Right now, today, we are still alive, and our bodies are working marvelously. Our eyes can still see the beautiful sky. Our ears can still hear the voices of our loved ones.” — Thich Nhat Hanh

17. “People sacrifice the present for the future. But life is available only in the present. That is why we should walk in such a way that every step can bring us to the here and the now.” — Thich Nhat Hanh

20. “Usually, people have a tendency to be caught in the worries concerning the future or in the regret concerning the past. There is some kind of energy that is pushing them to run, and they are not able to establish themselves in the present moment.” — Thich Nhat Hanh

22. “The doctor of the future will give no medicine but will instruct his patient in the care of the human frame, in diet, and the cause and prevention of disease.” — Thomas A. Edison

25. “A good education is a foundation for a better future.” — Elizabeth Warren

26. “And that’s how we build the economy of the future. An economy with more jobs and less debt, we root it in fairness. We grow it with opportunity. And we build it together.” — Elizabeth Warren

27. “I had no future with the Dodgers, because I was too closely identified with Branch Rickey. After the club was taken over by Walter O’Malley, you couldn’t even mention Mr. Rickey’s name in front of him. I considered Mr. Rickey the greatest human being I had ever known.” — Jackie Robinson

29. “I grew up in a family that nearly lost everything, but I ended up in the United States Senate because I grew up in an America that invested in kids like me and built a real future for us.” — Elizabeth Warren

30. “Banks were once places to hold money and were very careful in lending to finance families as they built a future – bought homes, bought cars, took out student loans.” — Elizabeth Warren

31. “Each man should frame life so that at some future hour fact and his dreaming meet.” — Victor Hugo

32. “When I arrived in Laos and found young Americans living there, out of free choice, I was surprised. After only a week, I began to have a sense of the appeal of the country and its people – along with despair about its future.” — Noam Chomsky

33. “If my future were determined just by my performance on a standardized test, I wouldn’t be here. I guarantee you that.” — Michelle Obama

34. “We make the future sustainable when we invest in the poor, not when we insist on their suffering.” — Bill Gates

35. “Everywhere I go I find that people… both leaders and individuals… are asking one basic question, ‘Is there any hope for the future?’ My answer is the same, ‘Yes, through Jesus Christ.’” — Billy Graham

36. “Death has its revelations: the great sorrows which open the heart open the mind as well; light comes to us with our grief. As for me, I have faith; I believe in a future life. How could I do otherwise? My daughter was a soul; I saw this soul. I touched it, so to speak.” — Victor Hugo

37. “All political thinking for years past has been vitiated in the same way. People can foresee the future only when it coincides with their own wishes, and the most grossly obvious facts can be ignored when they are unwelcome.” — George Orwell

38. “I had faith in Israel before it was established, I have in it now. I believe it has a glorious future before it – not just another sovereign nation, but as an embodiment of the great ideals of our civilization.” — Harry S Truman 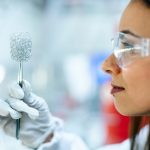 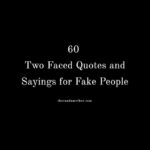