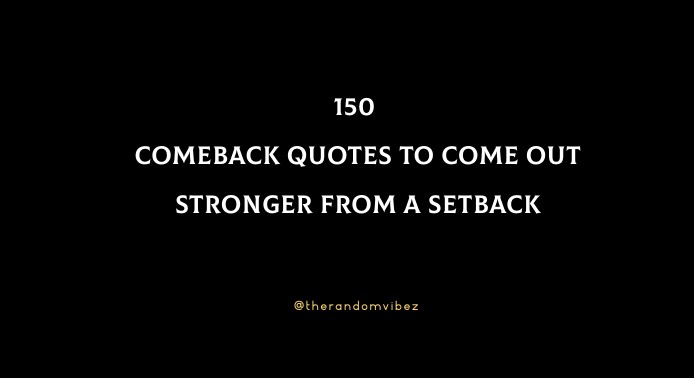 Looking for some great motivational quotes about come backs? We have rounded up the best collection of comeback quotes, sayings, captions for Instagram, status messages, slogans, (with images and pictures, memes) to inspire you to keep trying till you reach your goals.

We all face setbacks and failures, some are major which pull you down and some are minor. But whatever the case be you can never give up. You have to learn the lesson from your mistake and return back stronger, smarter, and turn your failures into victory.

Be it any part of your life, work, sports, fitness, relationships, falling short of your goal is something which can happen. But the feeling of a setback should not consume you and demotivate you. These inspirational comeback quotes and sayings will encourage you to gather all your inner strength, determination, courage, and willpower to change the game and come out as a winner.

A comeback story or some uplifting words by famous athletes, sportsmen,  businessmen are really encouraging to pull you back from your low moments. The comeback you make after your setback makes you a stronger and wiser version of yourself.

This amazing collection of quotes is a mix of encouraging, inspirational, powerful, sarcastic, funny, and wise words by famous people who made their way through all the adversities and struggles life put them through.

Don’t forget to check our collection of powerful bounce back quotes to give you the adrenaline rush you need to work again on your dreams.

We have divided the post in the following sections, to inspire you everyday;

We’ve all been there when you haters try to put you down. Read these funny comeback quotes and hilarious insults, sarcastic jokes, which you’ll love to share with your envious haters and give them the perfect answers!

Never Give Up Quotes

Believe In Yourself Quotes

Read on to find these encouraging words of wisdom about come backs that will motivate you to keep hustling in building your business, leading your life, creating success, achieving your goals, and overcoming your fears to do anything you set your mind to. 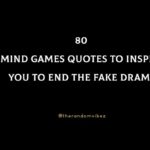 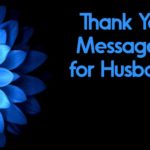