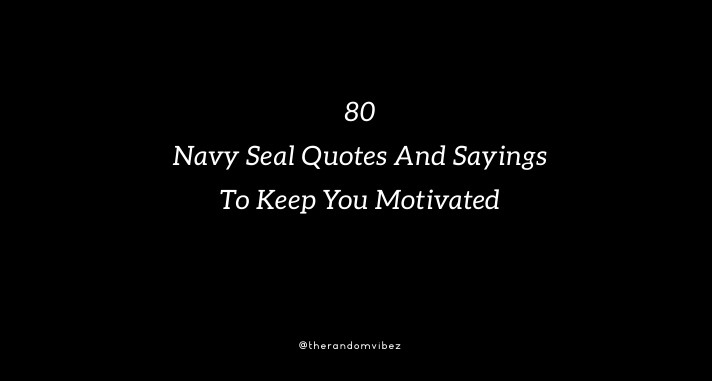 Looking for motivational  Navy Seal sayings? We have rounded up the best collection of Navy Seal quotes, sayings,  phrases, captions (including images, and pictures) which will inspire you that hard work pays off, as long as we persevere, keep pushing through, and get up every time we fall — a 360 degree change in our life

The United States Navy Sea, Air, and Land (SEAL) Teams, commonly known as Navy SEALs, formed in the 1960s. They are the most elite group of warriors who can run for miles on the ground, jump out of airplanes with all of their equipment and swim for miles in the ocean. These military forces are so effective and unique because of their strength, hard work, dedication and extremely hard training regime.

Lot of  powerful Navy Seals quotes and sayings by the have been adopted by the civilian world since 50+ years, which inspire us to get up and get going during hard times in our life when we feel there’s no way out and we tend to give up on life. These quotes are like a beacon of hope and perseverance in such moments of darkness in our lives.

This is one of the more well-known sayings of the SEALs. When constantly pushing yourself to excel, there will be challenges that make every day a battle. 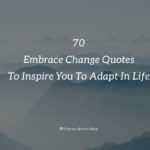