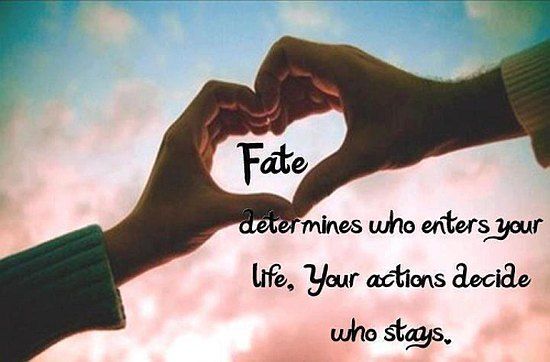 Fate and destiny are such terms which are intertwined during our day to day conversations. It is not uncommon to hear people say sometimes that, “She eventually met her fate” or “it must be his destiny”. But has it ever occurred to you the real difference between fate and destiny? It is believed that fate is based on a pre-existing notion that there is a natural order of the universe which can never change, irrespective of the fact, no matter how hard we try to change it.

“Life is what happens to us while we are making other plans.”

Overall, fate binds negative notions connected with it. Whenever something bad happens, it is always because of fate, at least that is what most claims it to be. Through the ages, fate has come to be associated with our lives which is already predetermined and written in our stars. Fate is something undesirable, at least the pessimistic terms such as “to seal one’s fate” and “ a fate worse than death” prove it to be so.

Destiny, on the other hand, is related to more positive notions of our lives. It is something we can actively shape and alter. There is an element of choice when it comes to destiny, unlike fate. Qualities such as patience, compassion, willpower, and courage help to change and control one’s destiny. Actions can become habits, habits can become a character and finally, the character can become your destiny. This is why most people believe that your destiny really lies in your hands.

One can say that fate and destiny are the two sides of the same coin; both are predetermined and reflect on our existence. But there is an important thing to note, there are infinite possibilities to life. Fulfilling your destiny means actively and consciously streaming our lives in a certain direction.

We have compiled some of the best quotes about fate and destiny. The choice is yours, which side do you choose!

Inspirational Quotes about Destiny and Fate

Hope you enjoy these popular fate sayings and images, wallpapers and share it with your friends and family on social media. 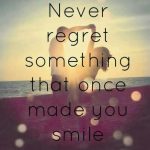 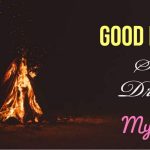