Looking for quotes about deserving better in life? We have rounded up the best collection of “I deserve better” quotes, sayings, captions, status messages, slogans, (with images and pictures) that will help you recognize your true self worth.

If you are frustrated, angry, crying or not satisfied in your relationship or work, then you might not feel good about the way you are treated. This may have some adverse affects on your personality. You may feel low on confidence, low self-respect,  unworthy, and empty is you continue to accept such behavior.

When you know you true worth, you never settle for less and never allow people to treat you in an unacceptable way. These inspirational I deserve better quotes will motivate you to realize your true worth and stand for yourself.

Don’t forget to check out these mind your business quotes that will help you maintain your stance with friends, family, and fake people.

We have divided the post in the following sections;

Learn to Say No Quotes

With every hardship and struggle, comes some meaningful life lessons we can walk away with. So let us know which of these quotes about I deserve better in life you resonate the most with.

Feel free to share with friends and family on Facebook, Instagram, WhatsApp, Tumblr, and more to spread some wise words of wisdom and encourage them to move on. 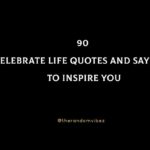 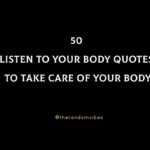