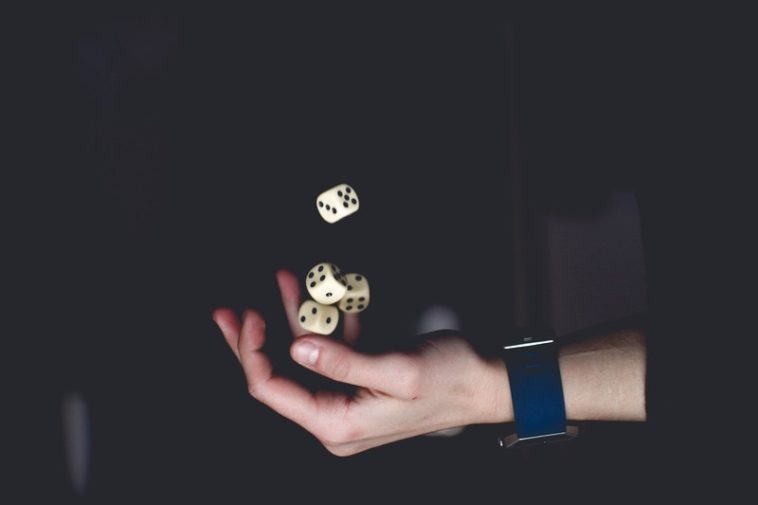 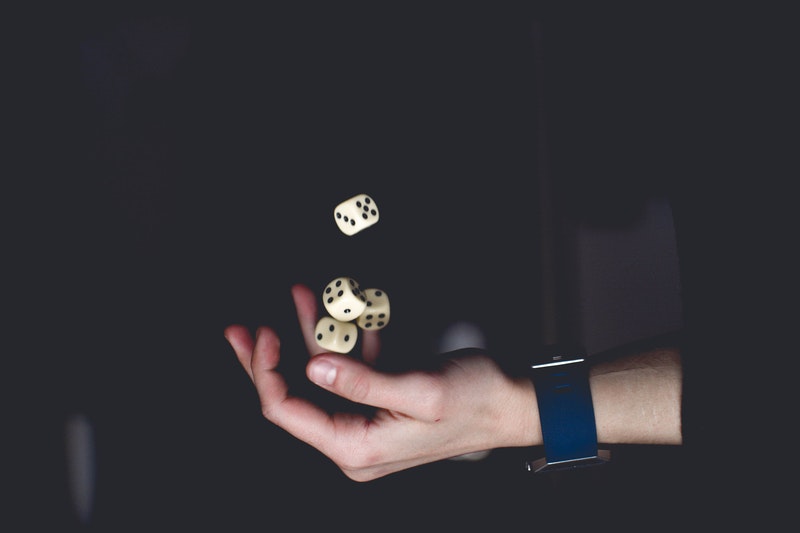 Share these best quotes about honesty and trust in your life. This honesty quotes for you.

1. “When a stranger comes into our presence, then, first appearances are likely to enable us to anticipate his category and attributes, his ‘social identity’ – to use a term that is better than ‘social status’ because personal attributes such as ‘honesty’ are involved, as well as structural ones, like ‘occupation.’” — Erving Goffman

2. “I wanted to create a body of work that I was proud of. It’s come from honesty and integrity, without forcing anything from myself, the ideas had to come instinctively and organically. Whether that translates to people in that way, it’s kind of out of my hands now.” — Jack Garratt

3. “I think honesty is an important thing when writing a song. If you can’t sing it with conviction, then no-one else is going to believe it.” — Sam Fender

4. “In every role that I do – whether I’m a teacher, actor or mentor – I do it with total dedication and as much honesty as I feel is required because there’s no alternative to honesty and hard work.” — Anupam Kher

5. “My parents taught me honesty, truth, compassion, kindness and how to care for people. Also, they encouraged me to take risks, to boldly go. They taught me that the greatest danger in life is not taking the adventure.” — Brian Blessed

6. “Honesty and loyalty are key. If two people can be honest with each other about everything, that’s probably the biggest key to success.” — Taylor Lautner 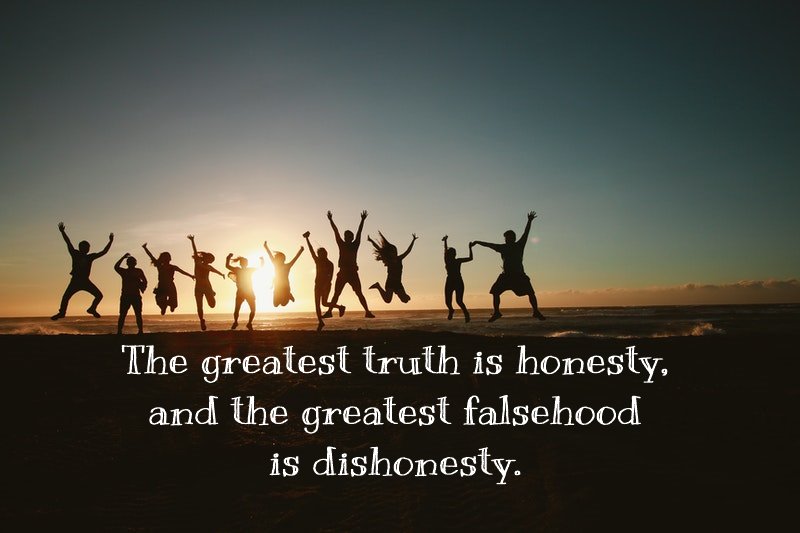 7. “I think people respect honesty rather than hiding it.” — Jack Whitehall

8. “In all honesty, at that time, I never saw myself as an author… I was just a Mom in a state of panic, trying to enter a short story contest to win the prize money in order to keep the lights on in my home.” — Leslie Banks

9. “Democracy is not simply a question of structures. It is a state of mind. It is an activity. And part of that activity is honesty.” — Rory Stewart

10. “I believe, as artists, I do think we have a responsibility, and there’s also a place for a lot of different artists. It is nice when music captures the honesty of the time but also what we’re going through in that moment.” — Goapele

11. “Stephen King has inspired me with his humor and honesty, and his admonition that the author’s job is to tell the truth.” — Barry Eisler

12. “In all honesty, I grew up a certain way. I never had to worry about money… that was my reality.” — Tori Spelling

13. “My theory is the root of a country artist is truth and honesty. For me, I look at Sam Hunt. The truth and the honest thing is we have southern roots, we were raised in a southern way, but we listen to Drake and other stuff, too.” — Kelsea Ballerini

14. “Most writers write from their own experiences. That is where the honesty and intensity of emotions come from.” — Ravi Subramanian

15. “Maybe sometimes you are punished for honesty, but I always prefer to be honest.” — Arjen Robben

16. “’Truth Will Set U Free’ is about honesty. My philosophic belief that ultimately being true to yourself is liberating, with every individual’s inalienable right to be who they are without fear or recrimination.” — Corey Hart

17. “I think that people in general appreciate honesty and not trying to cook something up just to fit a mold that would be beneficial for you. I never made music like that.” — Sam Hunt

18. “Where there seems to be a difference between guys being nuts and women being nuts is that guys are much more open in calling each other on stuff; lots of insults and dirty names. Whereas women will talk frankly and honesty, but there also seems to be more passive aggressiveness.” — Paul Feig

19. “I do agree that Justin has integrity, honesty and amazing judgment, but sometimes I think he’s just maybe too sensitive, and that’s kind of scary.” — Sophie Gregoire Trudeau

20. “Friendship brings in a lot of honesty and trust into any relationship, especially a marriage.” — Farhan Akhtar

21. “I find talking about my work harder than it might be if honesty wasn’t my calling card.” — Alice Sebold

22. “Honesty is the best policy; the only way out is deeper in: a candid confrontation with existence is dizzying, liberating.” — David Shields

23. “No one actually knows how popular you are or how people think of you until and unless a few of the people who like your work walk up to you and let you know that you are really good. You can see the honesty in their eyes.” — Barun Sobti

24. “With honesty of purpose, balance, a respect for tradition, courage, and, above all, a philosophy of life, any young person who embraces the historical profession will find it rich in rewards and durable in satisfaction.” — Samuel E. Morison

26. “A romantic relationship requires honesty between a couple.” — Tzipi Livni

27. “Much like my father instilled in us many of the values and traditions that my brothers and sisters and I still carry forward, P.C. Richard and Son is a family run business – now with four generations having worked toward providing customers with honesty, integrity and reliability. We are proud to be associated with such a beautiful family business.” — Rohan Marley

28. “Loyalty and honesty, those are important.” — Willian

29. “The fact that my parents were both educated and held certain values very dearly, like honesty, self-respect, and integrity, meant that I could steer clear of many pitfalls.” — Neena Gupta

30. “Misdeeds of a few players and certain people cannot and should not bring a bad name to hundreds of players who participated in the I.P.L. with full honesty. The reputation of the I.P.L. cannot be tarnished by a few greedy individuals.” — Rajeev Shukla

31. “Acting means nothing unless it’s truth. And honesty.” — Colm Wilkinson

32. “Empathy is important, openness, honesty, and an understanding of others.” — Niko Kovac

33. “What matters to me as a creative artist is the credibility of the production house, the honesty in the script, and the way the filmmaker has conceived the characters in the narrative.” — Kriti Kharbanda

34. “I’m very true to the old punk ethics of honesty and truthfulness and integrity… and still be authentic.” — Viv Albertine

35. “Many people talk about me entering the history books as the first female in 22 years and what a big moment it was. And I’m very flattered that I managed to do something historic, but in all honesty I was out there for me as a racing driver and to show everybody what Susie Wolff is capable of not to put my name in the history books.” — Susie Wolff

36. “What all my favorite comedians have in common is extraordinary honesty.” — Chris Gethard

37. “In all honesty, if somebody asked me the secret of auditioning for Americans, I don’t know. Often, I do what’s called self-taping for America. I go over there quite a lot to sit in a room and do stuff in front of people. You feel like a performing monkey. It’s bizarre.” — David Wenham

38. “Seek out a personal coach or mentor in the workplace. He/she should push you when you need it by encouraging and motivating you. Don’t be afraid of their honesty.” — Cathy Engelbert 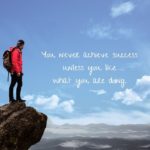 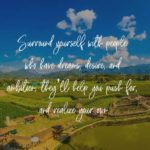