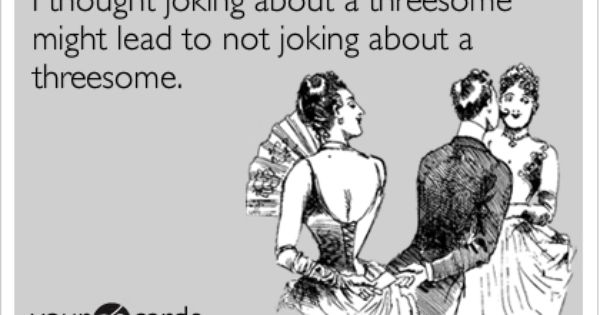 I like threesomes with two women, not because I’m a cynical sexual predator. Oh no! But because I’m a romantic. I’m looking for “The One.” And I’ll find her more quickly if I audition two at a time. – Russell Brand

When it comes to sex, at my age I like threesomes. In case one of us dies. – Rodney Dangerfield

Three has always been tougher than Two. Think of any of your famous threesomes. The Three Stooges? Look at the anger there. My bet is that before Curly was born, Moe and Larry could play together for hours without even a single poke in the eye. Huey, Dewey, and Louie? Donald Duck never had a moment’s peace. The Good, the Bad, and the Ugly? I rest my case. – Paul Reiser

She was my mother. I couldn’t threaten to slap, stab, beat or even name call her. I tried to think of something to scare her into never mentioning the predicament with the Dreamsnatcher again. I’ll become a swinger,” I said. her eyes bugged. Uptight rearing made her uncomfortable with alternate lifestyles. “That’s right. threesomes, foursomes, and more. bones knows about a thousand chicks who’d love to hop into bed with us. It’ll be kinky, we’ll get out freak on.- – Jeaniene Frost

I believe the media pretty much dictates the way relationships are handled, even in the way we handle ourselves. Abuse, cheating, threesomes, it’s inspired by music and television. Irresponsible artists and writers with a hidden agenda, just working against the moral fabric that God intended for us to have. – Tony Gaskins 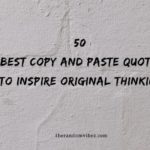