In this collection, we have listed the best +37 Police Brutality Quotes and Sayings with Images to inspire you !

You will find in the following section our gallery of the best Police Brutality Quotes images, then we share with you the textual quotes that you can copy and use them in your publications:

Here, we’ve compiled a list of the best Police Brutality Quotes of all time (listed in no particular order). You’ve likely heard some of the quotes before, but that’s because they truly are great, so if you’re looking for true inspiration, continue reading :

You were put here to protect us. But who protects us from you? – KRS-One

There’s a lot of things that need to change. One specifically? Police brutality. – Colin Kaepernick

Just because I was at an anti-police brutality protest, doesn’t mean I’m anti-police. We want justice, but stop shooting unarmed people. – Quentin Tarantino

An act of violence against any innocent person eludes moral justification, disgraces the millions of Americans and people throughout the world who have united in peaceful protest against police brutality, and dishonors our proud inheritance of nonviolent resistance. – Benjamin Crump

If I win and get the money, then the Oakland Police department is going to buy a boys’ home, me a house, my family a house, and a Stop Police Brutality Center. – Tupac Shakur

The challenges that young people are mobilizing against oppressive societies all over the globe are being met with a state-sponsored violence that is about more than police brutality. This is especially clear in the United States, given its transformation from a social state to a warfare state, from a state that once embraced a semblance of the social contract to one that no longer has a language for justice, community and solidarity – a state in which the bonds of fear and commodification have replaced the bonds of civic responsibility and democratic vision. – Henry Giroux

It’s been rough for me trying to find my position in the struggle and where my voice is needed and helpful. You know, I grew up in Philadelphia, and Philadelphia has a really rough police-brutality history. I grew up in a neighborhood where it was very clear that the police were “them” and we were “us”. – Will Smith

There is police brutality. People of color have been targeted by police. – Colin Kaepernick

I’d just like to know what a cop WOULD have to do to get indicted – and what good are cop cameras since Eric Garner IS on tape? – Bill Maher

You’re not going to have the police force representing the black and brown community, if they’ve spent the last 30 years busting every son and daughter and father and mother for every piddling drug offense that they’ve ever done, thus creating a mistrust in the community. But at the same time, you should be able to talk about abuses of power, and you should be able to talk about police brutality and what, in some cases, is as far as I’m concerned, outright murder and outright loss of justice without the police organization targeting you in the way that they have done me. – Quentin Tarantino

I realize I will always be the poster child for police brutality, but I can try to use that as a positive force for healing and restraint. – Rodney King

Sometimes things need to get really bad before they can ever get better. Really bad can become untenable if enough people get sick of it. That was a big thing about why I ended up taking part in that rally [against police brutality] and ended up voicing my opinion and declaring what side I was standing on. – Quentin Tarantino

Violence, with its ever-present economy of uncertainty, fear, and terror, is no longer merely a side effect of police brutality, war, or criminal behavior. It has become fundamental to neoliberalism as a particularly savage facet of capitalism. And in doing so it has turned out to be central to legitimating those social relations in which the political and pedagogical are redefined in order to undercut possibilities for authentic democracy. – Henry Giroux

There is civil disobedience against the military machine, protest against police brutality directed especially at people of color. – Howard Zinn

What I’m trying to tell people is that police brutality in the ‘hood is nothing new. And the thing is that whether this guy, the cop killer in my song, is real or not, believe it, there are people at that point. – Ice T

I dont want any injustice brought against the bullies. Bullies just dont know any better. Anyone who is crying about police brutality or victimization as an adult needs to stop it and realize the privileges we have in this country. – Ariel Pink

I think we waste a lot of time trying to convince other people that we’re right. A lot of times we don’t actually care what another person thinks, we just want to say what we think. To hear it reflected back to us and that we’re okay, to hear that we have been understood and that we’re correct – so that we can continue to be who we are in the ways we’ve been being, and we have nothing to feel bad about and everything is just fine. Even if what we’re talking about is, like, police brutality. – Ottessa Moshfegh 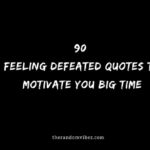 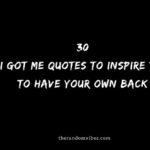