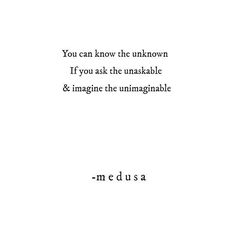 Top Medusa Quotes with images : Looking for the best Medusa Quotes and Sayings with high quality pictures, photos & images? Discover and share this collections, all Medusa Quotes can be used on Facebook, Tumblr, Pinterest, Twitter and other.

In this collection, we have listed the best +37 Medusa Quotes and Sayings with Images to inspire you !

You will find in the following section our gallery of the best Medusa Quotes images, then we share with you the textual quotes that you can copy and use them in your publications:

Here, we’ve compiled a list of the best Medusa Quotes of all time (listed in no particular order). You’ve likely heard some of the quotes before, but that’s because they truly are great, so if you’re looking for true inspiration, continue reading :

You only have to look at the Medusa straight on to see her. And she’s not deadly. She’s beautiful and she’s laughing. – Helene Cixous

Beauty is that Medusa’s head which men go armed to seek and sever, and dead will starve and sting forever. – Archibald MacLeish

In mythology, the Medusa can petrify people with a look – which is a good thing, I think. But the Medusa is a unique symbol – something strong. It’s about going all the way. – Donatella Versace

When Medusa looks in the mirror, she sees the Lady of Sorrows. – Mason Cooley

You say I have the most wicked face of any woman. You say my hair is like the serpent locks of Medusa, that my eyes have the cruel cunning of Borgia, that my mouth is the mouth of the sinister scheming Delilah, that my hands are like the talons of a Circe or the blood-bathing Elizabeth Bathory. And then you ask me of my soul—you wish to know if it is reflected in my face. – Theda Bara

The television, that insidious beast, that Medusa which freezes a billion people to stone every night, staring fixedly, that Siren which called and sang and promised so much and gave, after all, so little. – Ray Bradbury

Come with me, the river said, close your eyes and quiet your limbs and float with me into the wonder and mystery of the canyons, see the unknown and the little known, look upon the stone gods face to face, see Medusa, drink my waters, hear my song, feel my power, come along and drift with me toward the distant, ultimate and legendary sea. – Edward Abbey

If a woman shows too often the Medusa’s head, she must not be astonished if her lover is turned into stone. – Henry Wadsworth Longfellow

I’ve been prepping for my role as Medusa. – Joaquin Phoenix

The sinister, the terrible never deceive: the state in which they leave us is always one of enlightenment. And only this condition of vicious insight allows us a full grasp of the world, all things considered, just as a frigid melancholy grants us full possession of ourselves. We may hide from horror only in the heart of horror. (“The Medusa”) – Thomas Ligotti

Wouldn’t the worst be, isn’t the worst, in truth, that women aren’t castrated, that they have only to stop listening to the Sirens (for the Sirens were men) for history to change its meaning? You only have to look at the Medusa straight on to see her. And she’s not deadly. She’s beautiful and she’s laughing. – Helene Cixous

To meet God or Medusa face to face, even if it means risking everything human in myself. I dream of a hard and brutal mysticism in which the naked self merges with the nonhuman world and yet somehow survives still intact individual, separate. Paradox and bedrock. – Edward Abbey

Freud was a hero. He descended to the Underworld and met there stark terrors. He carried with him his theory as a Medusa’s head which turned these terrors to stone. – R. D. Laing

Writer’s block results from too much head. Cut off your head. Pegasus, poetry, was born of Medusa when her head was cut off. You have to be reckless when writing. Be as crazy as your conscience allows. – Joseph Campbell

To be sane, he held, was either to be sedated by melancholy or activated by hysteria, two responses which were ‘always and equally warranted for those of sound insight’. All others were irrational, merely symptoms of imaginations left idle, of memories out of work. And above these mundane responses, the only elevation allowable, the only valid transcendence, was a sardonic one: a bliss that annihilated the universe with jeers of dark joy, a mindful ecstasy. Anything else in the way of ‘mysticism’ was a sign of deviation or distraction, and a heresy to the obvious. (“The Medusa”) – Thomas Ligotti

Margaret Thatcher has shown that there is power and dignity to be won by defying the status quo and the majority rather than by adapting to them. If the British left, which she froze into immobility like Medusa, could bring itself to learn from this, then we might not have to look upon her like again. – Christopher Hitchens

Biological death is only a mechanical problem, it can be solved and man can live millions of years! Do not believe in life after death! Seek for the life within the life! The medusa of Turritopsis nutricula is biologically immortal and this little creature is a big inspiration for us! He who thinks positively reaches his target! – Mehmet Murat Ildan

Applied Science is a conjuror, whose bottomless hat yields impartially the softest of Angora rabbits and the most petrifying of Medusas. – Aldous Huxley

Let me explain: there are dragons, and then there are drakons. Drakons are several millennia older than dragons, andmuch larger. They look like giant serpents. Most don’t have wings. Most don’t breathe fire (though some do). All are poisonous. All are immensely strong, with scales harder than titanium. Their eyes can paralyze you; not the turn-you~to-stone Medusa-type paralysis, buttheoh~my~gods-that~big~snake~is~going~to~eat~me type of paralysis, which is just as bad. – Rick Riordan

Poetry is perhaps this: an Atemwende, a turning of our breath. Who knows, perhaps poetry goes its way—the way of art—for the sake of just such a turn? And since the strange, the abyss and Medusa’s head, the abyss and the automaton, all seem to lie in the same direction—is it perhaps this turn, this Atemwende, which can sort out the strange from the strange? It is perhaps here, in this one brief moment, that Medusa’s head shrivels and the automaton runs down? Perhaps, along with the I, estranged and freed here, in this manner, some other thing is also set free? – Paul Celan

Heroes!” Euryale said with disgust. “They always bring that up, just like our mother! ‘why can’t you turn people to stone? your sister can turn people to stone.’ Well, I’m sorry to disappoint you, boy! That was Medusa’s curse alone. she was the most hideous one in the family. She got all the luck!” Stheno looked hurt. “Mother said I was the most hideous. – Rick Riordan

The duende….Where is the duende? Through the empty archway a wind of the spirit enters, blowing insistently over the heads of the dead, in search of new landscapes and unknown accents: a wind with the odour of a child’s saliva, crushed grass, and medusa’s veil, announcing the endless baptism of freshly created things. – Federico Garcia Lorca

The literary scene is a kind of Medusa’s raft, small and sinking, and one’s instinct when a newcomer tries to clamber aboard is to step on his fingers. – John Updike

Freud was a hero. He descended to the “Underworld” and met there stark terrors. He carried with him his theory as a Medusa’s head which turned these terrors to stone. We who follow Freud have the benefit of the knowledge he brought back with him and conveyed to us. He survived. We must see of we now can survive without using a theory that is in some measure an instrument of defence. – R. D. Laing

Fame is a kind of death because it arrests life around the person in the public eye. If one is recognized everywhere, one begins to feel like Medusa. People stop their normal life and actions and freeze into staring manikins. “We can never catch people or life unawares,” as I wrote to my mother, in an outburst of frustration. “It is always looking at us.” – Anne Morrow Lindbergh 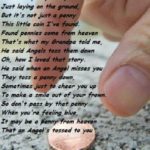 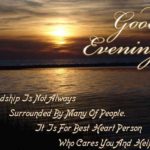