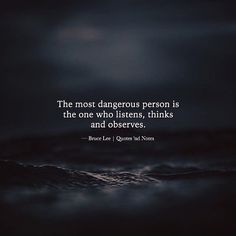 In this collection, we have listed the best +37 Insanity Quotes and Sayings with Images to inspire you !

You will find in the following section our gallery of the best Insanity Quotes images, then we share with you the textual quotes that you can copy and use them in your publications:

Here, we’ve compiled a list of the best Insanity Quotes of all time (listed in no particular order). You’ve likely heard some of the quotes before, but that’s because they truly are great, so if you’re looking for true inspiration, continue reading :

Insanity: doing the same thing over and over again and expecting different results. – Albert Einstein

We do not have to visit a madhouse to find disordered minds; our planet is the mental institution of the universe. – Johann Wolfgang von Goethe

You’re only given a little spark of madness. You mustn’t lose it. – Robin Williams

Ignorance and bigotry, like other insanities, are incapable of self-government. – Thomas Jefferson

Insanity is relative. It depends on who has who locked in what cage. – Ray Bradbury

In a crazy world, it’s only your insanity that will keep you sane – Leo Buscaglia

When dealing with the insane, the best method is to pretend to be sane. – Hermann Hesse

Not everyone is capable of madness; and of those lucky enough to be capable, not many have the courage for it. – August Strindberg

A time is coming when men will go mad, and when they see someone who is not mad, they will attack him, saying, “You are mad; you are not like us.” – Anthony the Great

Insanity in individuals is something rare – but in groups, parties, nations and epochs, it is the rule. – Friedrich Nietzsche

And those who were seen dancing were thought to be insane by those who could not hear the music. – Friedrich Nietzsche

I should never be left alone with my mind for too long. – Libba Bray

The object of life is not to be on the side of the majority, but to escape finding oneself in the ranks of the insane. – Marcus Aurelius

I don’t suffer from my insanity — I enjoy every minute of it. – Sherrilyn Kenyon

Men have called me mad; but the question is not yet settled, whether madness is or is not the loftiest intelligence– whether much that is glorious– whether all that is profound– does not spring from disease of thought– from moods of mind exalted at the expense of the general intellect. – Edgar Allan Poe

It is sometimes an appropriate response to reality to go insane. – Philip K. Dick

It is dangerous to be right in matters where established men are wrong. – Voltaire

There’s a fine line between genius and insanity. I have erased this line. – Oscar Levant

Our society is run by insane people for insane objectives. I think we’re being run by maniacs for maniacal ends and I think I’m liable to be put away as insane for expressing that. That’s what’s insane about it. – John Lennon

We are in the process of creating what deserves to be called the idiot culture. Not an idiot sub-culture, which every society has bubbling beneath the surface and which can provide harmless fun; but the culture itself. For the first time, the weird and the stupid and the coarse are becoming our cultural norm, even our cultural ideal. – Carl Bernstein

When we remember we are all mad, the mysteries disappear and life stands explained. – Mark Twain 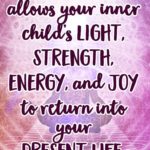 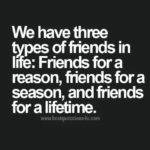